This school in remote lane bubbles with innovation stories – The Tribune


Jaipur, December 11
A nondescript school in the remote lanes of Rajasthan bubbles with creativity of students manifesting itself in the form of sensor-laden smart dust-bins, assembled drones, follow-up robots in airport among several innovative concepts all designed with the help of YouTube and local teachers.
Housed in a village of Nimbahera town in Chittorgarh district, the Government Higher Secondary School Marjeevi is led by principal Kavita Fadnavis who is national award winner and National ICT award winner too and has represented Rajasthan in US teacher exchange programme. 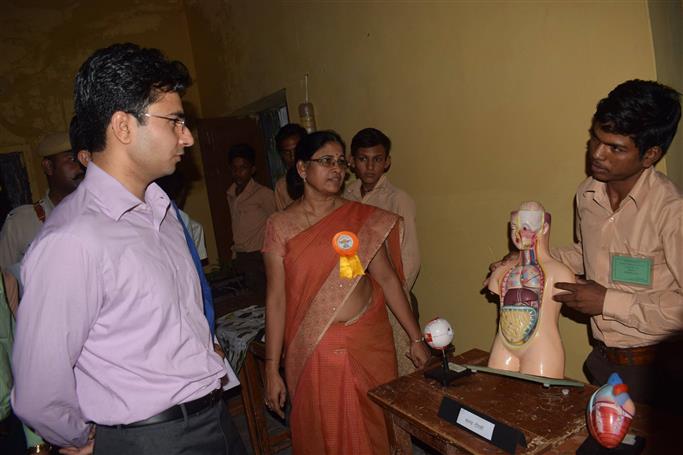 Despite being located inside the rural lanes stuck in the interiors, it has bagged the best school award twice at the state level. It has also had a UN team visiting to study its innovation trails and has been credited with many firsts such as of hosting virtual classroom sessions for the first time in 2010, conducting science fair for students right from grade 1 among several others.
Says principal, Kavita, “Under teachers exchange programme, we got a chance to speak of our teaching methods in the US. We taught how Indian students fare better using the techniques of Vedic maths. In fact, we made US students calculate without a calculator and pencil and pen. Initially the students there felt it was unbelievable but then they had all praise for Vedic maths.” 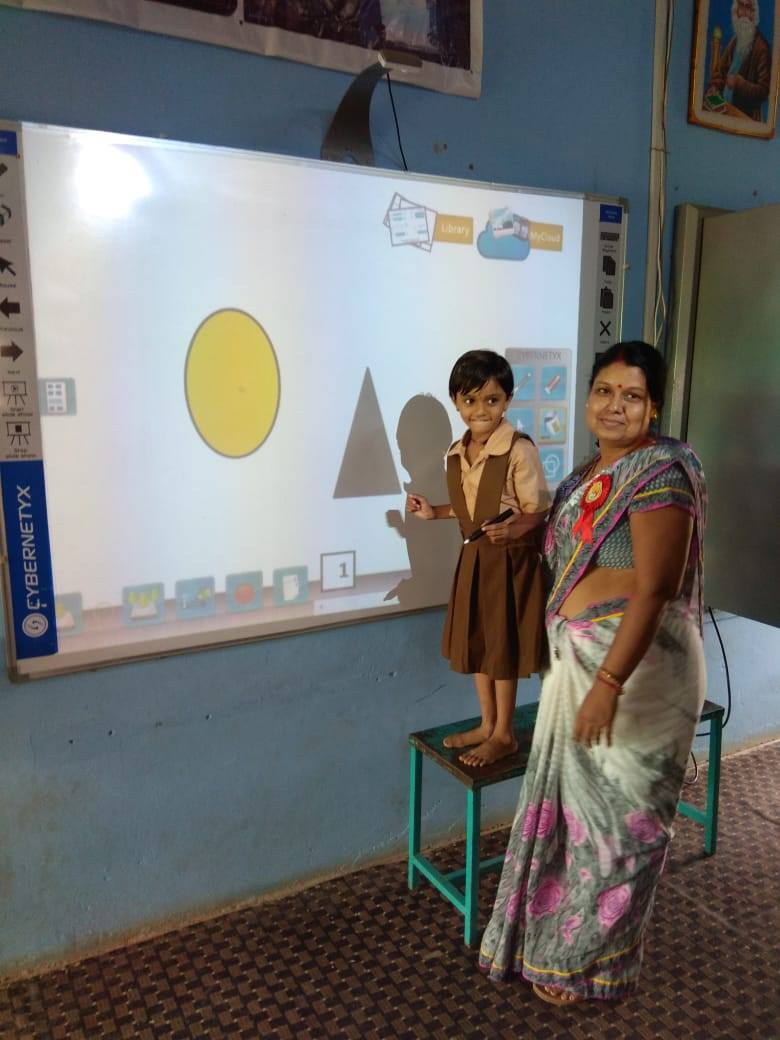 “However, what we learnt was how teachers take the responsibility of ensuring that students love them and their class looks beautiful,” she adds.
Meanwhile, besides the innovation and creativity which makes this school different, there are spic and span labs, classrooms and premises.
According to Fadnavis, “Each teacher of this school contributes Rs 3,000 every month to keep their premises clean. While the government allocates Rs 5,000 each year for cleanliness, it is insufficient and hence comes the challenge to pool in money. Also, we have been paying for students’ uniforms, school fee etc so that they don’t get dropped out.” Also, in the classrooms there are green boards painted by teachers all around four walls of the class under “Guru Mitra Yojana.” This innovation has been done because students engaged in group studies should have their own individual boards. While one group studies a subject of their interest, the other can study something different simultaneously.
“When I joined this school in 2008, the result was 67.50 per cent which has now touched 100 per cent in 2021. Our students and teachers work beyond fixed times to give best results. We have national players and toppers coming up in this school now. Villagers have been donating looking at the wonderful results,” she said.
Kids are learning using digital boards, sensor pens, tablets, QR codes among others. In fact, a QR code library has been installed outside the classrooms too where community students can come and study.
A geography teacher Kaluram loves innovation and he sits in Atal lab with students to bring out innovative models with help of YouTube which make him as well as students equally happy and satisfied.
“When I joined here, local students were disinterested to come due to many social issues. We started a door to door campaign at that time to bring in students from their houses, she says.
Meanwhile, te Principal, along with her team, is leading from the front motivating and encouraging students by taking many firsts. Using greedy cup technology and telescopes, the staff works with teachers to teach students the lessons of innovation.
In fact, plumbers and mechanics are never called for small tasks and the students jointly with teachers finish it off. QR code library brings a difference to the public.
There is a school parliament being run in the school with the help of students where a student PM listens to each and every demand of his ministers. Education minister updates him of all developments and challenges Tanu Anjana, class X, is an education minister who keeps herself updated on all challenges. She along with other students want to do away the “Ghoonghat” (veil) culture and are quite vocal about it. Like her, other students of the school are equally vocal about social issues and want to make a mark on the national level.
“We are the best and in future, we will be the trend setters,” says Tanu with pride. IANS

Tribune Shorts
A –
A +
What do you think? (Share your feedback)
Most Read
Don’t Miss
SUBSCRIBE TO OUR NEWSLETTER
Justice Misra used ‘strong-arm tactics’ to get Justice KM Joseph elevated to SC: Justice Gogoi
‘I have reasons to believe that he (Justice Misra) used stro…
After year-long protest, farmers from Punjab, Haryana begin journey back home
The farmers lift blockades on highways at Singhu, Tikri and …
Farmers’ journey back home slows down traffic on Delhi-Sonipat-Karnal National Highway
Vehicles are moving in long queues on the highway
2 Muktsar farmers die in road mishap in Hisar while returning from Tikri border
Another youth gets injured
Man with travel history to Zimbabwe, South Africa found omicron positive, 2nd case in Delhi
He has been admitted to LNJP Hospital and has weakness
View All
Strike by teachers set to hit GNDU exam schedule

Speeding car runs over 5 sleeping on footpath in Panchkula

Heart travels 2,500 km from PGI to Chennai to save life

Air quality in Delhi continues to be in ‘poor’ category

Amid teachers’ strike, GNDU says no to online exams this semester

Doaba to be developed as potato seed hub: Minister

Unlikely to get Banga ticket, Soondh looks for alternative

‘More boys than girls denied cigarette, bidi due to age’

Treatment of addicts hit as rehab centre staff on strike

The Tribune, now published from Chandigarh, started publication on February 2, 1881, in Lahore (now in Pakistan). It was started by Sardar Dyal Singh Majithia, a public-spirited philanthropist, and is run by a trust comprising four eminent persons as trustees.
The Tribune, the largest selling English daily in North India, publishes news and views without any bias or prejudice of any kind. Restraint and moderation, rather than agitational language and partisanship, are the hallmarks of the paper. It is an independent newspaper in the real sense of the term.
The Tribune has two sister publications, Punjabi Tribune (in Punjabi) and Dainik Tribune (in Hindi).
Remembering Sardar Dyal Singh Majithia
Designed and Developed by: Grazitti Interactive